Skip to content
You are here: ePrepaid > Blog > News > Landlords have rights 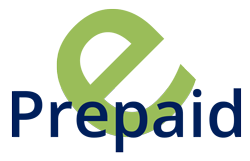 Landlords are often portrayed as villains who ask for exorbitant deposits, which they are reluctant to give back, and press their tenants mercilessly for rent money every month.

The truth is, however, that landlords can often feel like the victim and can be placed into the position of a victim.

Being a Landlord myself I have often found it interesting that the laws of South Africa protect the Tenant over the Landlord. Take for instance a situation where the tenant ceases paying his rental payments. The landlord has to stay professional in his communications to the tenant and has to follow the legal system which can take time and money to effect an eviction. It may not on the surface sound so bad from an outsiders view point until you add up these costs (legal and lost income) and the repercussion it can have on the owner’s own credit ratings due to missed bond repayments born out of the tenant not fulfilling his/her obligations to the landlord.

Recently I heard of a landlord who’s tenants kept paying late and then stopped paying altogether. The result was the landlord could not pay for his bond which caused his credit rating to drop and now is unable to get credit. But no the tenant vilified and bad mouthed the landlord while not keeping to his lease agreement of paying on or before the first of every month and then ceased all payments including water and electricity. End result was a landlord without the funds to take legal action, bad credit record and an electricity and water bill that had built up over the last few months of the tenants “occupation” of the property.

In the old days the mantra used to be, “May the buyer beware” now the pendulum has swung 180 degrees in the opposite direction to, “My the Landlord beware.” The problem with new philosophy and the older one is that it is not based on equality, mutual respect, understanding and is backed by a legal system that demands large funds to settle these disputes which at the same time is set up to be slow and inefficient.

The landlord has his right to his rental being paid on time and if the tenant cannot afford to pay he needs to do the honourable and ethical act of informing the landlord as soon as he becomes aware of his financial situation to either negotiate a mutually beneficial new agreement or to terminate his lease before his lack of funds starts impacting the landlords investment. The landlord has the right to be informed of pending non-payments just as the tenant has the right to the privacy while renting that property.

Need professional advice or a custom quotation? Get in touch today.